From it's inception, High Street Theatre Group has been committed to helping people pursue a passion they love. With our passionate teachers, exceptional staff and a talented student community, we’re confident in the education, guidance and network you will find here.

High Street Theatre provides a unique and highly personalized method of learning, creating an environment to nurture, educate and encourage creative individuals to achieve the highest level of success. Browse through our site to learn more about what we have to offer.​High Street Theatre Group exists to provide theatrical education programs, classes, and workshops for the areas of acting, singing, directing, play writing, dancing, as well as theatrical design.  These services are provided for school age students, college age students, and industry professionals.  This company will also train and grand Professional Development hours to current public and private school fine arts educators in the K-12 field and above.  High Street Theatre Group will provide Directors for theatrical productions at other companies and schools as well as produce its own theatrical productions which will serve students and professionals alike.

"Eric allows his students to discover and explore with deft guidance. He makes his direction more of a discussion between creatives, allowing performances to evolve organically and giving the actor ownership of their choices."

"Eric's approach to directing and instruction is natural, positive, and engaging. Working with him is a pleasure, and his students are some of the most talented young people I've had the opportunity to work with." 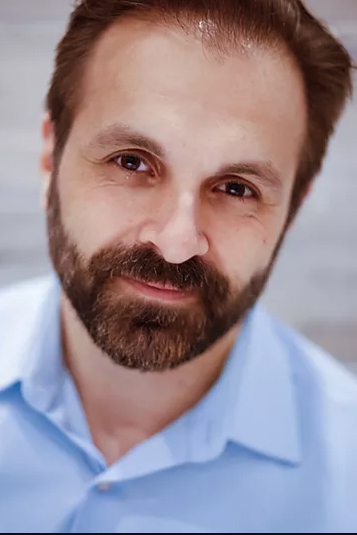 Eric received his MFA in Theatre Directing at Middlesex University in London where he studied with Dame Janet Suzman, Royal Shakespeare Company director Leon Rubin, and the late National Theatre scholar John Russell Brown. He is a director and workshop leader both in the United States and abroad. Some original works include 'Pride and Prejudice', 'Lord of the World', 'Ismay's Inquiry' as well as a number of short one act plays. Eric was a speaker and workshop leader at the IUGTE conference in Carrara, Italy where he conducted his workshop on Greek Theatre Performance techniques. Eric's adaptation of the, 'Ismay's Inquiry', was performed in conjunction with London's Royal Central School of Speech and Drama as well as a short adaptation of Hans Christian Andersen’s ‘Child’s Talk’. He was the fight director for four seasons with the Trinity Shakespeare Festival in Fort Worth. Eric is also an accomplished performer. Having begun his career in the Dallas/Fort Worth area in Fort Worth Shakespeare in the Park,​An accomplished performer Eric has performed with such reputable theatres as the Merry-Go-Round Playhouse, Lyric Stage Dallas, Fort Worth Shakespeare in the Park, AD Players, and Troupe America Tours. In his time in public school education Eric has won numerous accolades and awards including runner up to Texas State UIL One Act competition.  Also, 9 nominations and winner of Best Direction, Best Music Direction, and Best Musical at the Tommy Tune Awards for 'Bright Star' at Klein Oak High School

Eric has developed curriculum and helped to spearhead the BFA in Theatre Education Degree at UST. He specializes in Directing and collaborating on new works with students. His TEDx Talk from the University on progress in theatre can be linked from his website. Eric is also an Entrepreneurial Artist collaborating with his wife and servicing the Houston area with independent projects, business start-ups, and workshops. More information about Eric can be seen on his website at www.domuret.com .

7774 Pine Center Dr.
Houston, TX
info@highstreettheatre.com
281-986-9118
Thank you! Your submission has been received!
Oops! Something went wrong while submitting the form.